The Preacher Found Christ
By Dr. Walter L. Wilson
Occasionally, the call of the pulpit reaches the mind and heart of an unsaved man, who sees in that work a great opportunity for helpful service.  He enters a seminary, studies the Bible and allied subjects for four years, is graduated and receives a “charge” in some city or village where he begins his public ministry.  Such was the case of a minister about forty years of age, who visited me in my office one Monday morning about ten o’clock.

A Christian friend had driven many miles from a neighboring city to bring his pastor to see me.  All night long, the pastor had walked the floor, read the Word, prayed, and conversed with my farmer friend concerning his own need of meeting Christ.  He was introduced to me as the Rev..Mr. C—from G—City.  After the introduction, my friend left and we two were together in my office with the Bible and the Lord.

“Tell me about yourself,” I said, “so that I may know what line of thought to pursue, in seeking to help you.”

“I am pastor of the C—church in G—City, where I have been now for four years.  Altogether, I have been in the ministry for fourteen years.   I graduated from the seminary and have never been without a pulpit since that time.”

“About six months ago,” he continued, “I began to search my heart to see why there were so few conversions under my ministry, and why it seemed so difficult for me to pray.    The more I looked into the experiences of my heart during the past twenty years, the darker I seemed to get in my soul.   I wrote to my superintendent about my distress, and he replied that I was simply restless in my spirit, because I did not have enough to do.  He suggested that I should begin a building program and get rid of the old structure which was very old, dusty and dirty, and build an attractive new place.”

“Was this the case?”  I asked.  “Do you think that a new building would give you peace?”

“No, certainly not,” he answered, “and I wrote at once to my superintendent, telling him that what I needed was not activity, nor a new building, but a new experience in my heart.  I received no reply to that letter.”

“The reason I have now come to you is this:  Last night, at the close of the service in my church, one of my church officers came to me, and said, ‘Pastor, why is it that when you preach nothing happens?   You have been with us now for several years, but we see no tears in the audience, no broken hearts over sin, and really you do not teach very much Scriptures. What is wrong?’”

“I felt that I had kept up my hypocrisy too long and should not continue it another day.  ‘My brother, it is because it has never happened to me,’ I answered him.  ‘I have never been really converted myself.   This has been a burden in my heart for some months, and I give you my word that I will never again peach in this pulpit nor any other, until I have found Christ for myself and experienced in my own soul that change of heart which I have been preaching about to others, with so little success.’  That, doctor, is why I am here to see you this morning.”

This confession from my friend at once presented to me a difficult problem.  Here was a man who knew the Bible fairly well, had received four years of training in the study of it, had preached on its texts for fourteen years, and still was in profound darkness and ignorant of the way of salvation?

“How shall I begin with you?”  I asked.  “You are well acquainted with the Bible.”

“Just begin with me,” he said,” as you would with the heathen.  Just forget that I know anything at all about the Bible and start right at the beginning of the gospel story.  As you tell it to me, I will find where I have missed the way; so just start in.”

We read the passage through carefully.  After each verse I asked him, “Is this true of you?  Is this what the Lord thinks of you?”  We spent quite a little time on those verses because his heart until then was really not ready to admit that he was that bad.

“This is not what I think of you, my friend, it is what God thinks of you.  If God in His love, tells us what He sees in our hearts, we should bow to it.    We should not set our judgment of ourselves in opposition to God’s revealed judgment of us.”

“No,” he said, “that is right, and though I had not thought until now that I was that bad, I accept  His accusation and confess my guilt.”

We next turned to Romans 5:6, which reads, “When were yet without strength, in due time Christ died for the ungodly.”

“Are you helpless?”  I asked him, “and are you the ungodly one—quite unable to help yourself?”

“Yes, that describes me,”  he answered.  “I know that only the Saviour can save, and I want Him to save me this morning.”

We next read John 3: 16 and John 5:24, both of which I explained in some detail to him.    The explanation did not bring light to his heart, nor peace.  His countenance remained sad.

The Holy Spirit was working in his heart, and we realized His holy presence.   I quickly prayed to Him for wisdom and guidance, and then turned to John 1:12, where we read together this passage: “But as many as received him, to them gave he the power to become the sons of God, even to them that believe on his name.”   With this verse we joined 1 John 5:12, where it is recorded:  He that hath the Son hath life; and he that hath not the Son of God hath not life.”

These two Scriptures were used of the Lord to bring the light to his darkened heart.  “That,” said he, “is the very place where I have missed being a Christian.  I have read about Christ and believed what I read.   I have preached about Christ and believed what I preached, but I have never made Him my own.  There never was a time when I went to Christ Jesus personally and told Him that I would take Him as my Lord and Saviour.    But I will accept Him just now.  He knows that my heart is hungry and I believe His Word which says: ‘Him that cometh to me I will in no wise cast out’” (John 6: 37).

Two years later, when I met this pastor again in a different city at a Christian Endeavor Conference, he greeted me with unusual affection and said: “Not only do I have peace with God myself, but the Lord is now saving souls through my ministry constantly.”Are you, my friend, seeking to preach or teach without first having been saved yourself?  Do take Jesus Christ NOW.  He will save you and you will be His own child.
Dedicated To

2 Kings 19:19b
…that all the kingdoms of the earth may know that thou art the LORD God, even thou only. 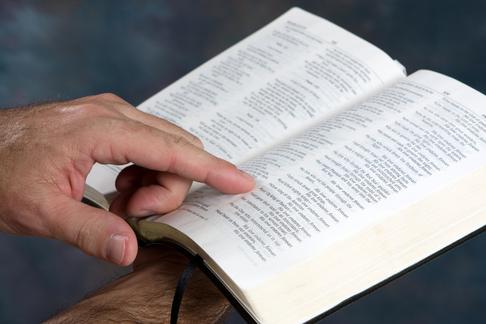